NEW YORK TIMES BESTSELLING author Renee Rose is back with another dark and passionate mafia romance series, Chicago Bratva. Having sold over a million copies of steamy romance with varying levels of kink, The full Chicago Bratva series is now available to read on the addictive romance reading app, Galatea. 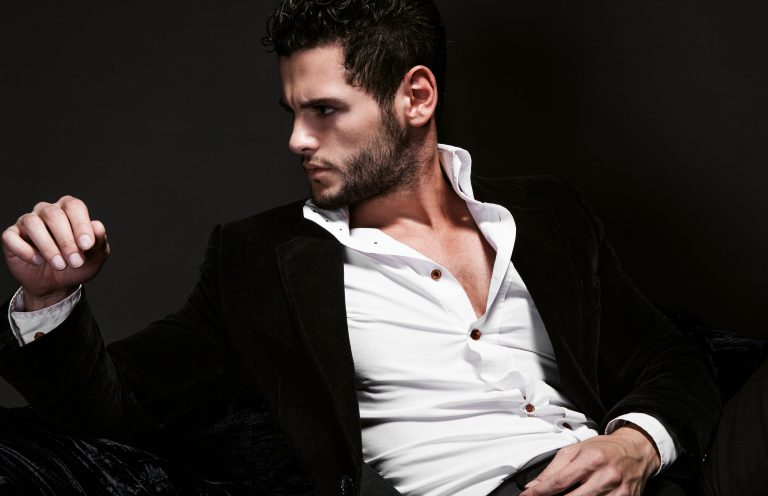 She’s about to find out what happens when you cross a bratva boss. Punishment is in order. Sequestering until the birth. Ravil doesn’t just plan to keep the baby–

He plans to make Lucy his bride. And it would be much better for both of them if she were willing.

Keep scrolling to read a sample of The Chicago Bratva series, or download the app now to read the entire novel>> 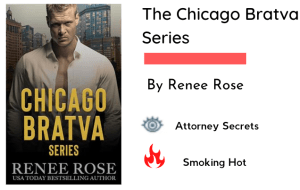 It might be time to stop wearing heels. Or choose the lower ones.

Fresh from another courtroom win, I step into the crowded elevator. I hide my wince, courtesy of swollen feet stuffed in my boss-girl stilettos—the ones I use to assert my seniority, stature, and overall dominance in the courtroom and, more importantly, within my father’s firm.

I nearly wince again when I see Jeffrey’s on this ride.

He glances at my swollen belly then meets my gaze with a torment of conflict behind his grey eyes.

We broke up six months before I had the very out-of-character escapade in DC that resulted in my changed state.

“Lucy,” he says. It’s a statement, not an opening. An acknowledgment of the eight years we wasted together.

I bite back a sigh. “Jeffrey.”

Thankfully, there are four other people in the elevator, so I snap into position beside him to stare at the doors as the elevator moves upward.

Oh, jeez. Were we really going to do this?

“Same.” I make the required glance his way.

I face unfriendly counsel daily—in my firm and opposite me in the courtroom. I can handle another elevator ride with my ex. But the mixture of pity and remorse in Jeffrey’s stare makes my Lafayette 148 New York blazer—the one with a straining button above my belly—suddenly unbearably tight and hot.

But, then, I imagine wearing any blazer in July while pregnant would be unbearable.

Still, I wish he’d work through his emotional crap and stop making my growing belly the source of some internal conflict. I assume he wonders what it would be like if it were his. Or maybe he feels guilty that I’m doing this baby thing on my own because he would never commit.

The fact is, I’ve gone on without him.

The elevator stops on the floor of his architecture firm, but he hesitates, shifting his arm in front of the sensors, but not getting out. “We’re going to get drinks at The Rocket tonight if you want to join us,” he says then grimaces, probably realizing drinks are out for me considering the tiny life growing inside me.

“Another time,” I say in that disinterested tone of voice that’s supposed to convey never but falls a little short. I might have mixed feelings about Jeffrey, too.

Or maybe I’m just terrified I can’t do this alone.

I hold my head up, keeping my courtroom stance until the doors shut. Then it gets easier to maintain when the doors open on my floor, and I affect my confident stride to the shared secretary’s desk.

“First appointment?” I usually know my schedule without being told. I’m the type of person with the proverbial mind like a steel trap, but the hormones are messing with my memory, too. I feel muddled. Soft around the edges.

And I hate how vulnerable and out of control that makes me feel.

“The first appointment is with Adrian Turgenev, the young man charged with arson of the sofa factory on 11th,” Lacey, the secretary, tells me.

Right. Russian mafiya, or bratva, as they call it. The client was referred by Paolo Tacone, one of my Italian crime family clients.

Funny, are the Russians and Italians in bed together now? It doesn’t matter. It’s not my job to know the real details of their business.

It’s just my job to defend them with the facts collected by law enforcement.

I have to admit the slight foreboding tickling the back of my neck at getting involved with the Russians. Not because I take a moral high ground with the people I defend. You can’t be a defense attorney and ride that horse.

Only because of him.

The unwitting sperm donor for my adventure into single parenting.

But he was in Washington, DC. Probably zero connection with the cell here in Chicago.

I unlock my office and go in then pull the file on Adrian Turgenev to review the notes the secretary made on the case. I sit behind my desk before I kick off the three-inch heels, which are digging into my swollen feet.

Lordy. Pregnancy is not for wimps. Especially not at age thirty-five.

“Lucy. Did I hear you’re taking on a new organized crime outfit?”

I try not to narrow my eyes at Dick Thompson, one of my dad’s partners in the firm. I’ve known him since I was a kid and have to work very hard to keep him from still treating me like one.

“You heard correctly.” I raise my brows to inquire about his point.

He shakes his head. “I don’t know if that’s a good idea. We spent many hours deliberating the wisdom of taking on the Tacones back in the day when your father represented Don Santo or whatever his name was. We can’t have this firm pulled down with a nasty reputation.”

I remember. I worked here during my summer and winter breaks from the time I was sixteen. I also remember what my father had said at the time.

“This firm is famous for defending murderers and criminals. Organized crime simply provides the guarantee of return business.” I flick my brows with a cool smirk.

This isn’t about some moral high ground. It’s Dick being dick. He pushes me on purpose. He always has. I’ve had to work doubly hard to prove I deserved the spot in this firm, both because I’m female and because my father helped me get it. Now there’s some kind of campaign going on behind my back regarding the partnership. Dick’s building a case against me. Or maybe my dad. Likely both of us.

As a woman in a cut-throat business in one of the most cut-throat firms, I’m always fully expecting the dagger that’s inches from my back.

“That’s probably him. I have to go,” I breeze to Dick as I shove my feet back in my pumps and answer the phone.

“Mr. Turgenev and Mr. Baranov here to see you.”

I stand and walk around my desk, ready to shake their hands when they come in.

I should’ve been prepared for it.

I had that niggling feeling. Still, when the door opens and I catch the handsome, brutal face of the man standing there, the room swoops, dips, and momentarily goes black.

The father of my child.