The Virgin and The Alpha That Broke The Internet 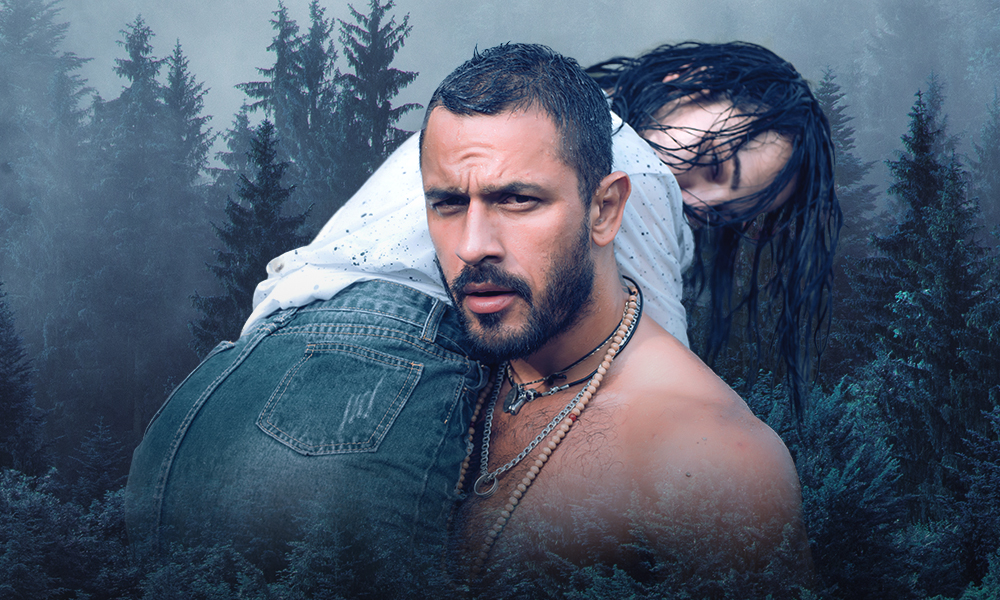 Sienna as a nineteen year-old werewolf with a secret: she’s the only virgin in the pack. She’s dead set on making it through this year’s Haze without giving into her primal urges—but when she meets Aiden, the alpha, she forgets all about her self-control. She won’t give in without a fight – even if her body is begging her to. 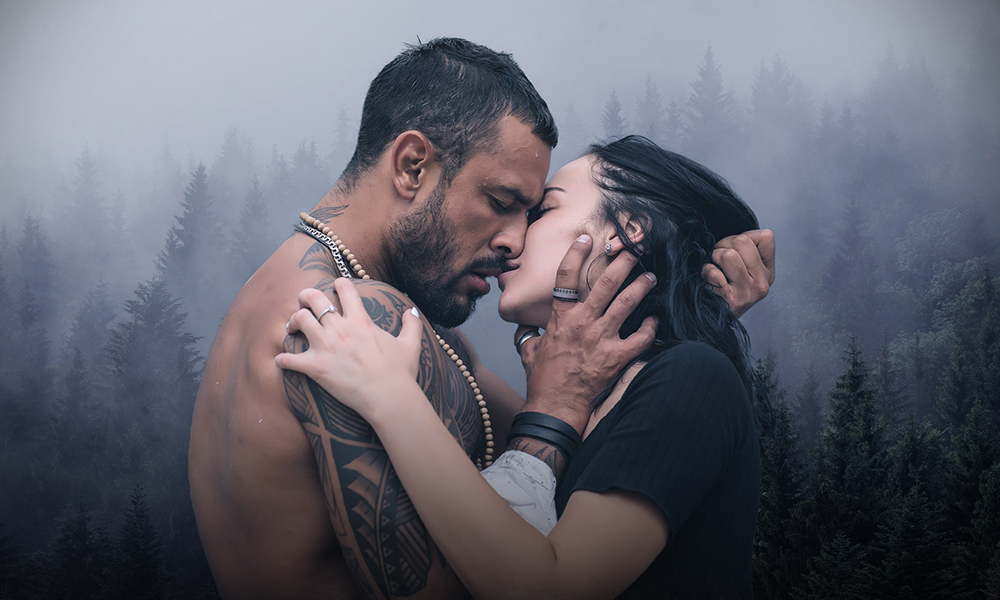 Chapter 1 – The Alpha by the River

All I could see was sex.

Some trees swayed like lovers. Others, with gnarled roots and spindly branches, looked like predators. Closing in on me. Chasing after me.

The sex was going to strangle me.

It was a mouth. With sharp teeth and a black tongue, licking its lips, about to swallow me whole.

I tried to scream but I had no voice.

Until I was one with the violent, sexual madness…completely consumed.

I blinked. What the hell was I drawing?

Sitting by the riverbank, sketchbook in hand, I looked down, disbelieving, at my own work. I had drawn a most disturbing… and sexual vision.

But before I gave the haze or my drawing another thought, the sound of nearby giggling distracted me. I turned to see a group of girls, surrounding him.

I’d never seen him here before. Not at the riverbank where I go to draw and clear my mind. You don’t find a lot of our kind hanging out around here.

Maybe it’s the calm when we’re always expected to be wild. Maybe it’s the water when every one of us burns with a fire within. Or maybe it’s just a spot

I’ve only ever thought of as my own.

I began to outline him. Towering at six feet five, with disheveled jet black hair and golden-green eyes that seemed to change color every time he turned his head, Aiden was the definition of mouth-watering.

I’d always watched him from afar. I’d never been this close. But now I could see how his biceps bulged from his shirt, how his spine curved to accommodate his transformation.

How quickly he could shift, I imagined. Bent over, eyes searching like a feral animal’s, he seemed, in this instance, already halfway there.

His beauty reminded me that the Haze was fast approaching. It was the time of year when every werewolf from the age of sixteen and older goes mad with lust, the season where everyone—and I mean everyone—fucks like crazy.

Once or twice a year, this unpredictable hunger, this physical need would infect all of us in the pack.

Those who didn’t have mates found a temporary partner instead and fooled around to their heart’s content.

In other words, there was no one in the Pack older than sixteen who was a virgin.

Looking at Aiden now, I wondered if the rumors swirling around him were true.

If that was one of the reasons he was here, ignoring the girls, brooding by the riverbank.

Some said it’d been months since Aiden had taken any women to bed, that he was distancing himself from everyone.

Why? A secret mate? No, the Pack gossips would’ve sniffed her out by now.

It’s none of your business, I chided myself. What did it matter to me who Aiden screwed?

To Aiden Norwood, the Alpha of the second largest pack in the United States, I didn’t exist. Putting aside my school-girl crush, I knew I was better off that way.

Michelle, my best friend, was dead-set on finding me a fuck-buddy. She’d already paired up in advance, as was common among unmated wolves before the Haze.

Trying to set me up with three of her brother’s friends, all who seemed perfectly decent and who’d been blunt that they thought me fit for a good time in the sack, Michelle couldn’t understand why I’d turned each of them down.

“Ugh.” I could almost hear Michelle’s voice reverberating in my head.

“Why are you always so damn picky, girl?”

Because the truth was, I had a secret.

At the age of nineteen, I was the only virgin she-wolf in our whole pack. I’d been through three seasons, and no matter how sex-crazed I became, I had never given into my carnal desires.

I know. Very un-wolfy of me to care about “feelings” and “first times,” but I cherished mine.

It wasn’t that I was a prude. In our society, there was no such thing. But, unlike most girls, I refused to settle until I found my mate.

I was saving my virginity for him.

I turned to see, standing right next to me, looking down at my sketch…

Before I could catch my breath, he looked up and our eyes met. I tensed, realizing I was making direct eye contact, and immediately looked away.

No one in their right mind dared to look the Alpha in the eyes.

It could only mean one of two things: you were challenging the Alpha’s dominance—AKA a death wish. Or, you were inviting the Alpha to sex.

Since I didn’t intend to do either, my only option was to look away before it was too late and pray he didn’t misinterpret the meaning of my glance.

That voice. Even saying the most polite words imaginable, they sounded loaded with menace. Like at any second, he might rip your throat out with his bare human-form teeth.

I was so close I could reach out and touch his rippling muscles and golden skin. I lifted my eyes and chanced a look.

And a nose, even though slightly crooked—no doubt broken in some past scuffle—that couldn’t interfere with his so-sexy-it-hurts looks.

The Alpha took a step closer as if to test me. I could feel every hair on my body rise in trepidation. Or…was it temptation?

It wasn’t an everyday event to see the Alpha out of the Pack House, the headquarters for all pack business. Mostly, we saw the Alpha at gatherings or balls. Always something formal.

What had happened here today was rare.

I decided, with the little light that was left of the day, I would finish drawing to clear my mind. Just me and the river in peace.

But all I could see were Aiden Norwood’s eyes.

If I could just get…closer. But when would I ever be this close again?

I didn’t know then what I know now. That within a few hours the Haze was about to begin.

That I was about to become a sex-crazed beast. And that Aiden Norwood, the Alpha of the East Coast Pack, was going to play a very prominent role in my sexual awakening…

Find Galatea in your app store and transport yourself into your next favourite novel now.

I am so absorbed into these books… bye bye Netflix